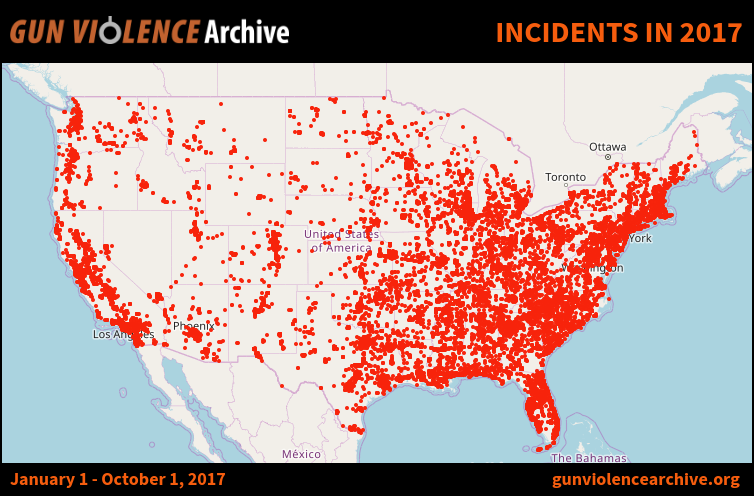 Monday morning.  6:41am.   Please, just let me fall back asleep.  I toss around, eventually landing on my right side, as Derrick wakes up and begins getting ready for work.  After 10 minutes of lying there, I decide to get up for the day.   I walk the 63 steps to the bathroom, grasping to the little sleep that I have trapped in my eyes (does that ever work?).   Even before a good morning, Derrick blurts out, “More than 50 people are dead, and 200 shot in Vegas.  By an American with an automatic gun.  At a concert”.   Stunned.  Numb.  Afraid.  Helpless.  Confused.  Angry.  I am awake.

A month after arriving to Philly, there was a shooting less than a block from our home.   But hey, we were told it was a “good guy” defending himself from a “bad guy”.  Then, the Orlando shooting happened.  People were shocked into action, into protests, into song writing, and into donating.  Yet, somehow, it seemed nothing changed.  My health care professionals chat with anger about gun violence, yet speak with pride about how they grew up with guns, and how they never want to give them up.  I have American (extended) family members who proudly parade photos of their bedazzled pink guns around.   “I need one because if the crazies have one, I need one”.  We have normalized guns as much as we have sliced bread.

Today, we woke up to the most deadly mass murder in America’s modern history (and 3rd in the world) due to gun violence, and gun access.  During 2017, there have already been 46.595 recorded gun violence incidents in America  (more stats here).   Today can not go down as just another stat and tv episode.  When will it be enough for America to end its twisted love affair with guns?

Prayer is often the first place we turn.  And it has it’s place.  It’s useful for people to process.  It helps us find calm in the madness, and puts out positive energy.  Yet, I think the danger of prayer is that it helps us adapt, and distance us from the wrong that’s around us.  Prayer alone will not bring the change we need.

Back to this morning.  I went for a walk with my dog.  I watched the return of Will and Grace.  I ate chocolate.   I went on Facebook to see a lot of hopelessness.  I wrote a very angry blog post about needing change right now, guns are murder weapons, and so forth.  I wrote about my plan for action.  I ate more chocolate.  I noticed I was feeling more frustrated and angry than I was to begin with, so I paused.  I gave space to find compassion for my hard feelings, and for what had happened.  Stunned.  Numb.  Afraid.  Helpless.  Confused.  Angry.  We have these emotions wired into us for a reason.  They exist to warn us, and ultimately, to push us to take action.  So I deleted my angry rant, and decided instead to act.

10:09am.  I call my Senator, Pat Toomey.   A staffer answers the phone.  I stumble through my concerns, and ask what Toomey would be doing, other than “praying” (as his Facebook status had reported).  His staffer tells me, rather curtly, and rather scripted, that I should get informed: Toomey is actually leading the charge to change gun laws.  She speaks of the Toomey-Manchin amendment.   I say thank you, and hang up.  Shocked, yet encouraged, I check into said amendment.  I find out that in 2013, Toomey did make an effort after Sandy Hook to work with a Democrat (Manchin) to put in policy around mental health checks for those wishing to buy a gun, as well as stricter laws for guns bought online and in private stores.   But it was narrowly shut down 54-46.  Since then… he’s been quiet (Read more his collaborative effort about it here).   It was grounding that he had tried something, yet upsetting that he’s done nothing since.  His efforts from 2013 must become a platform for today.   Senator Toomey: Be motivated by the nation’s/world’s cry for change now.  I will give him a week.

12:50pm.  I call his office again.   I can’t wait the week.  I thank them for bringing my attention to his 2013 efforts, and ask what now?  I got the staff off script.  We’ve had Orlando, and now Vegas.  I was told Toomey’s stance hasn’t changed and he is still behind stronger gun laws.  Great stance, but he’s not doing anything about it.  So I ask again, what now?  The response: He will wait to see how the investigation turns out.  Decisions will need to be made.   I bring attention to the 273 mass shootings that have taken place this year in the USA, and I’m not ready to wait for another one to happen before change.   I finally can hear that the staffer is listening to me because there is a moment’s quiet on the other end of the line.  They note my concerns, promising to bring them to the Senator.  I give my name, and my zip code.   I hang up.

From call to call, I feel empowered that I’ve done something with my feelings.  I’ve grown, and I’ve started to face something that scares me: speaking about politics.  Remember that if a lonely Canadian alien can call, so can you. Compare us to paper: one piece will tear easily.  Five pieces are a little harder to rip.   Twenty pieces: impossible.   My call could mean nothing.  But if ten, twenty, 100, 1000 calls follow: change must happen.

I’m hoping this post will get you to talk to others about what you are feeling, and what you can do.  If you feel helpless or stuck, let’s struggle through it together.  Change is a struggle.  Find your outlet and do what those feelings are telling you to do: take action.   Little, or big: do something.   Be encouraged to call, to learn, to change, and to act.  I want to acknowledge the incredible efforts that people have made for years around gun violence prevention, and the change that has brought.   My call is definitely not the first.   But it’s another.  And for me, it’s a start.   This was my first call to end gun violence.   Viva Las Vegas ❤

Song of the Day: Move You (Kelly Clarkson) 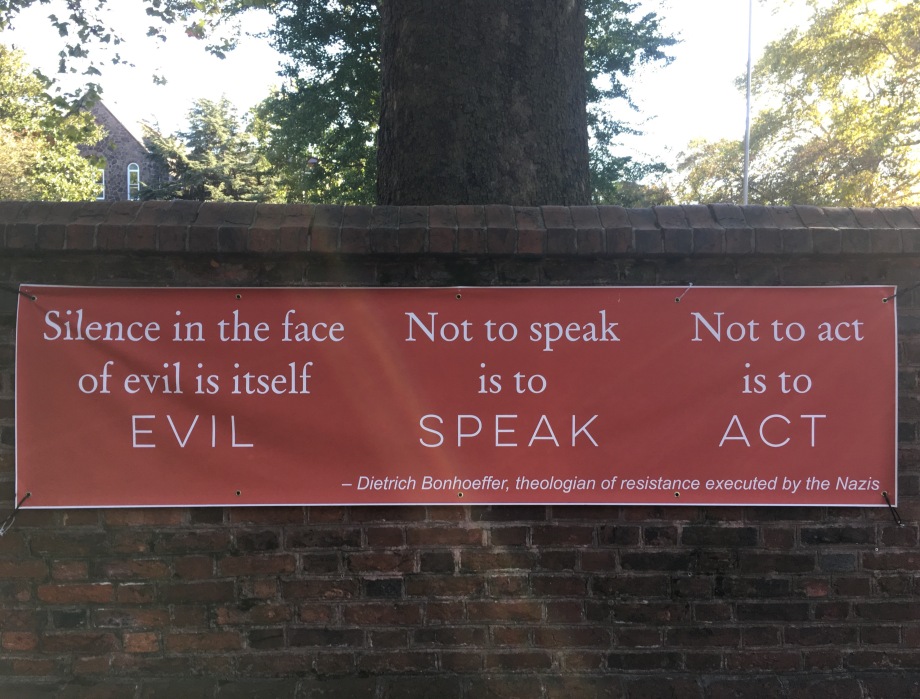 6 comments on “A Call to End Gun Violence”