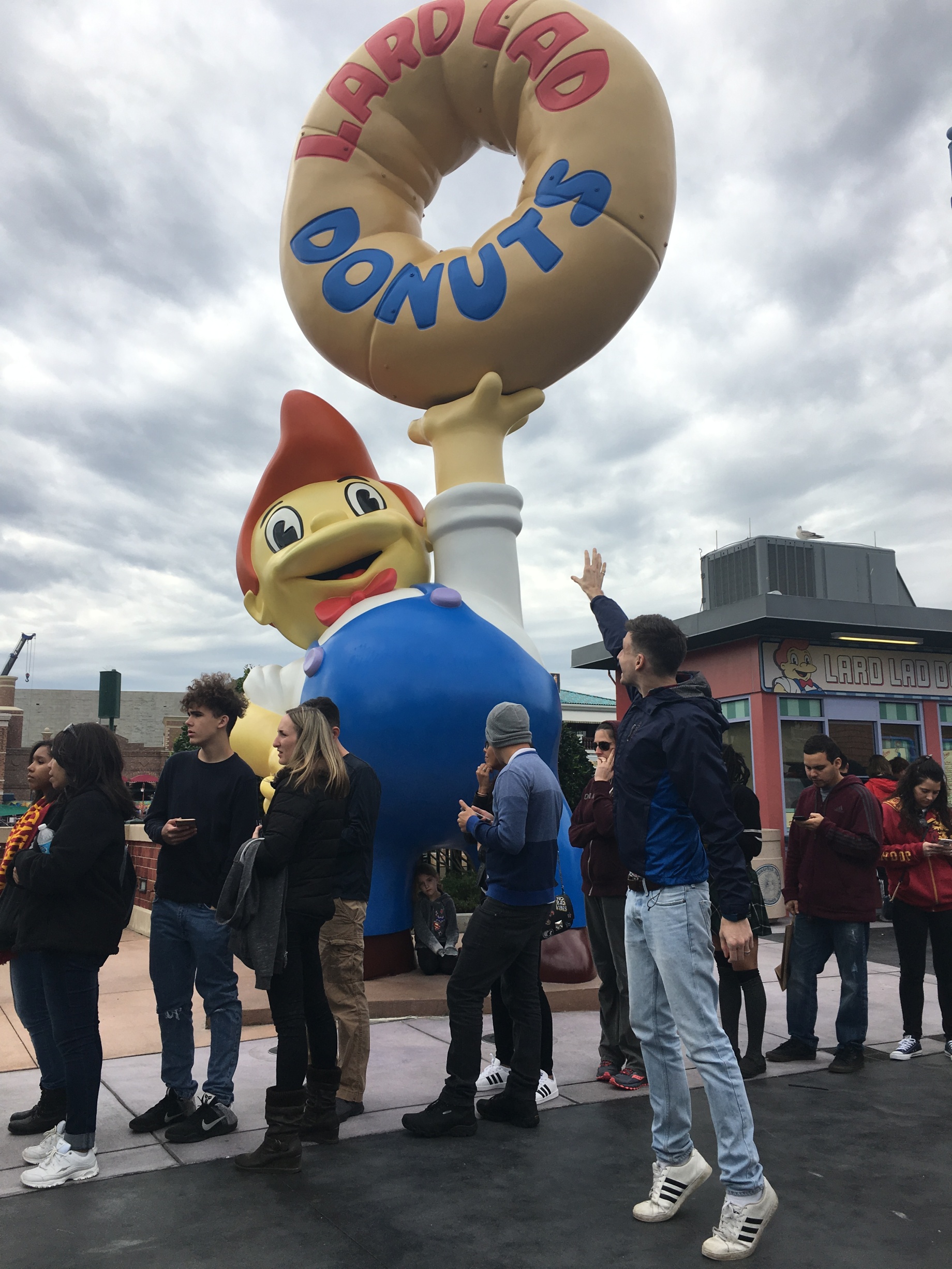 Guest Blogger Derrick is back!  I’m writing my perspective, and our conclusion regarding our New Year’s resolution to eliminate sugar for a month (If you missed Mike’s post from his view and our first week, check it out here).

When Mike mentioned the idea of adopting this resolution, I was not enthusiastic.  The prospect of not being able to have fruit, a piece of dark chocolate, or even a pancake seemed awful.  Many questions swam through my mind.  What would I snack on?  What would fill my sweet tooth after dinner?  How would I get enough energy in my diet to function?  How can I do this for a month?

It was very daunting, but it also was a challenge and opportunity.  An opportunity to prove to myself that I wasn’t addicted to sugar, that I could focus on my health, that I could get back to tasting food for what it truly is, and maybe that I could shed that fat that’s been hiding my abs all of my life.  Having reflected on the benefits, I took Mike up on his offer.  We laid out the ground rules. No added, or natural sugar, including fruit or items that were naturally high in sugar.  No limits on vegetables. We’ll go a month and re-evaluate for February.

As the days passed, I didn’t feel any of the symptoms of withdrawal I expected to.  More so, it was temptation that was everywhere: the cake in the lunchroom, the candy jar on our desks, the apple in the fridge…  I have to admit that I did succumb to one temptation (and it was slightly ridiculous).  I was flying from the US to India and there was a chocolate chip muffin offered as part of the morning meal.  In that moment, it looked so good.  It was golden with little bits of ooey gooey chocolate.  It was still warm.  I debated back and forth: “Should I?  No you’re committed… But it looks yummy. One small piece won’t hurt, will it?”  So I had a small piece.  As soon as I popped it in to my mouth, I realized that it wasn’t worth it.  As most airplane food, it had no flavor and was dry.  I shouldn’t have cheated, but I did.   I felt defeated in that moment, but I believed that next time I’m tempted, I’ll be stronger.

The next big temptation didn’t come until the end of the month.  Mike and I had a weekend visit to Universal Studios.   Let’s just throw a final challenge our way eh?  I was steadfast this time that I would not eat anything with added sugar in it.  Mike was also doing great.  At each restaurant, he would ask if there was any sugar in the ingredients for the dish.  The servers would look at him funny, and check with the chef.  It’s not your typical question at a restaurant in America :).  For the most part they were quite accommodating.  But it wasn’t easy.  We couldn’t even have the frozen, cold, or hot Harry Potter butter beer.

It was the colourful Lard Lad doughnuts in the Simpson’s area that really proved challenging.  They are super extra large (about 10 cm in diameter) and coated in an attractive (artificial) pink frosting, topped with sprinkles.  Although they look amazing, they taste like an average-at-best doughnut.  We brought it to debate: “Should we? Maybe it’s ok if share with friends.  But we’re so close to the end…”  After much discussion, our senses prevailed and we said no.  I was thrilled that we made the right choice. 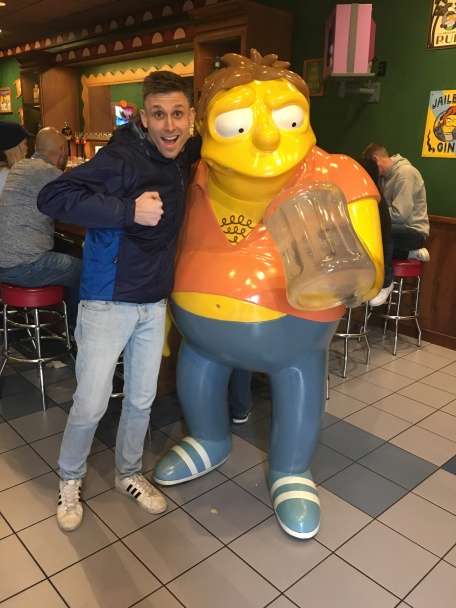 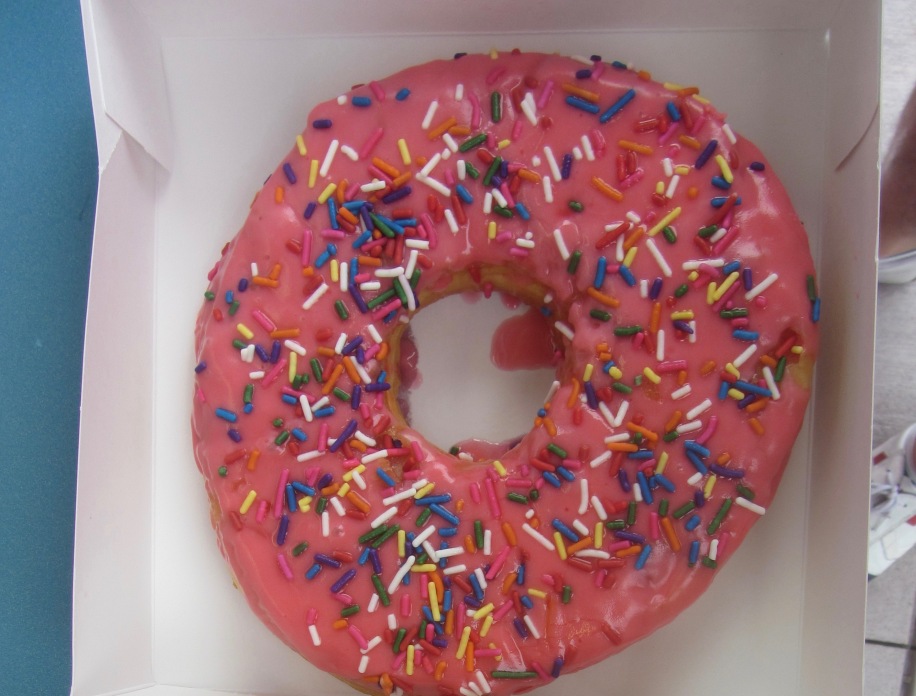 Throughout the diet I also had to make other tough choices.  Sometimes they trade-offs that weren’t the healthiest.  When travelling for work, the snacks available were apples, granola bars, and chips.  I had to chose between two healthy options and a fatty option. I chose the potato chips. It was a perverse incentive that probably achieved negative results for me at that point in time; but I had to stay faithful to the challenge.  Chips it was, but I felt gross about it.  I really didn’t like this aspect of the diet.

My last big decision was on February 1st, the day the challenge was over.  Before I knew it, the end of the month was here.  We did it!  We’re alive!  To celebrate, Mike brought me to the Whetstone Tavern a few blocks from our house.  Incidentally, it was the end of Philly Restaurant Week.  At first, I was a bit surprised that he would suggest we celebrate with a four course meal (including dessert).  I was back debating.  I wasn’t mentally ready to have dessert.  The options looked amazing (peanut butter and chocolate cake or apple crumble… yum).  But is that really how I wanted to break the month of no sugar?   I gave into temptation yet again, and decided to go with the entire meal.  Yet I was also pleasantly surprised.  With the cake, I found I could only have about a third.  It was really sweet and I didn’t feel I wanted  much more than that.  So although I failed in declining the dessert, I did view this as another success: my tastebuds had evolved!   (Mike did eat the whole piece for the record 😉 ). 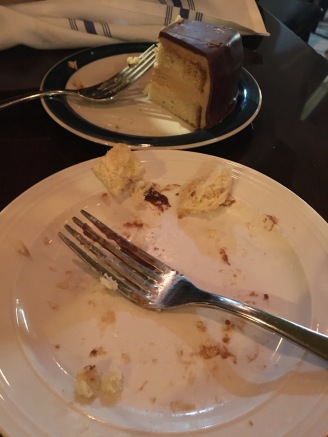 So where do we go from here?   We want to make sure our sugar free month isn’t just a fad diet.  So going forward, we’re eating low-glycemic fruit, with a maximum of two servings a day.  We’re only having dessert on special occasions, if we choose to (like a wedding or birthday party).   And the game plan is to monitor those labels and foods to avoid the ones that have added sugar.

I started the year off skeptical, yet in the end, I survived.  In fact, aside from that one small bite of muffin, I thrived.   My sugar energy lows are eliminated.  I lost 1% body fat and about 7 lbs (still waiting for those abs to show up 🙂 ).  I realize now that I do have the willpower to resist sugar, and I can change my habits.  This was a big mental win for me.  I’m actually excited to see how this change evolves.  And maybe there is a Lard Lad doughnut in the future, but we’ll have to see.

Have you tried a sugar free month?  How did it go for you?  Have you been surprised to find a product that contained added sugar?  What was it?   What’s a challenge you’ve faced that you won? Has anyone had a Lard Lad doughnut?

One comment on “Sugar, Sugar Everywhere: A Month Full of Temptation”